Are You Smarter Than Your Business Systems?

We can all learn a lesson from the British Petroleum (BP) oil disaster that occurred in 2005. A news report said that alarms on the oil rig sounded a warning of the buildup of combustible gasses. A manager thought something was wrong with the warning system and shut down the alarm. He didn’t want the loud noise to wake sleeping workers. When the rig exploded, everyone was unprepared and fifteen lives were lost. 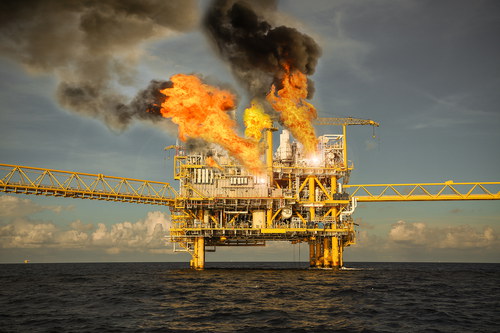 Business systems are created, in large part, to avoid big problems. Policies, procedures, checklists, and so forth are designed to prevent bad things from happening.

However, business owners and managers sometimes use their authority to override or circumvent an established system, as was the case with BP. Many tragic and costly events in our world can be traced to a system failure of some kind, often caused by people who mean well.

On a smaller scale, the same thing can happen to your business!

Stick with the System!

In one company I worked with, an office manager was frustrated because the business owner routinely asked her to break company rules or shortcut their time-honored systems and processes.

I hate to admit it, but I once overrode a system policy by allowing a personal friend to place an order without going through the normal credit approval. It cost my company $25,000 when he couldn’t pay. I hate it when that happens!

When people are rushed to get things done, they sometimes skip important steps within a business process. Recently, I learned of a hurried accountant that skipped a final checklist procedure before mailing paychecks to employees in a distant city. He saved five minutes. However, a little mistake he could have avoided using the checklist caused a group of checks to be inaccurate. Re-doing and re-mailing the checks had a cost, but nothing compared to the angry employees who got their corrected checks two days late.

On a happier note, a business owner’s son came home from military service and went to work for his father. The son let the HR department know that he expected immediate benefits even though the company policy required a three-month waiting period. This dilemma of the owner/father created a buzz around the office. What would Daddy do? He stuck to the system policy and told his son that he would need to wait the three months. Good for him!

Once you create a business system or process (with accompanying policies), it pays to follow it precisely until it is improved. If you are the owner, all eyes are on you to see if you lead by example. If you do, you will earn the trust and respect of your people.

However, sometimes you do have to make a judgment call when it comes to breaking rules. We don’t live in a perfect world. But remember, good business systems are often called “best practices” for a reason. Consistency translates to happy customers, productive employees, reduced waste, and a better all-around company.