Have you ever had one of those days when “a series of unfortunate events” collides with a “perfect storm”… and you’re in the middle? 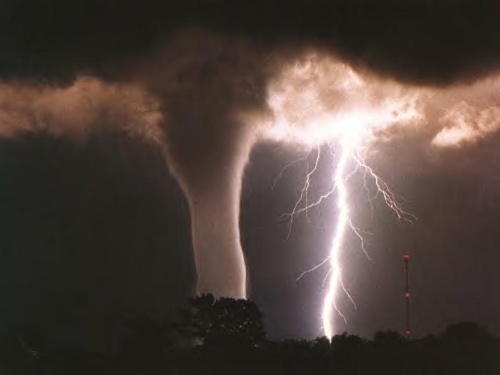 Even the best-run companies in the world have things go wrong. Trouble is a life-time companion for all of us.

Maybe you’ve had a day like one unlucky gentleman who worked for an English company. The company owned a piece of property in the West Indies that was damaged by a violent storm. The man was sent to repair a building and wrote to his manager of the experience.

“When I got to the building, I found that the hurricane had knocked some bricks off the top. So I rigged up a beam with a pulley at the top of the building and hoisted up a couple of barrels full of bricks. When I had fixed the building, there were a lot of bricks at the top left over.

“I hoisted the empty barrel back up again and secured the line at the bottom, and then went up and filled the barrel with the extra bricks. Then I went to the bottom and cast off the line.

“Unfortunately, the barrel of bricks was heavier than I was, and before I knew what was happening the barrel started down, jerking me off the ground. I decided to hang on, and halfway up met the barrel coming down and received a severe blow on the shoulder.

“I then continued to the top, banging my head against the beam and getting my finger jammed in the pulley. When the barrel hit the ground, it burst its bottom, allowing all the bricks to spill out.

“I was now heavier than the barrel and so started down again at high speed. Halfway down, I met the empty barrel coming up and received severe injuries to my shins. When I hit the ground, I landed on the bricks, getting several painful cuts from the sharp edges.

“At this point, I must have lost my presence of mind, because I let go of the line. The barrel then came down, giving me another heavy blow on the head and putting me in the hospital.

I respectfully request sick leave” (Clipped from an English newspaper).

As they say, “some days you get the bear and some days the bear gets you.” So what does a Systems Thinker do when things—that normally run smoothly—go terribly wrong?

But gratefully, the sun comes up another day. And the future is always bright for those who apply the Master Skill to build better business systems and processes.