Do You Know Your Key Performance Indicators?

In 2002, Billy Beane, general manager of the Oakland Athletics baseball team, stumbled upon something that changed the game of baseball. His discovery could also be a game-changer for YOUR company!

After a dismal start, Beane’s team of unknowns and misfits stunned the baseball world by setting a record with twenty consecutive wins, and finishing first in the American League West. What amazed everyone was his ability to accomplish this with a team salary of one-third of teams like the New York Yankees—41 million dollars compared to 125 million dollars. His cost per game-won was the lowest in baseball.

Billy Beane was given a relatively low operating budget by the Athletics’ owner, Lew Wolff. He lost three of his star players to teams that would pay higher salaries. Billy was desperate to put together a competitive lineup. One day he met Peter Brand, a nerdy accountant from Yale who crunched baseball statistics. Peter looked at the game through a different lens; he saw numerical connections no one else saw. 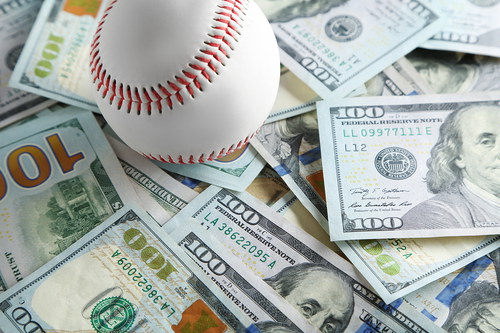 The collected wisdom of baseball insiders—players, managers, coaches, scouts, and the front office—over the past century was subjective and often flawed. Players were judged and paid by their batting average, home runs, runs batted in, base steals, and so forth—well-publicized key numbers that fueled the weekly chatter of baseball commentators and fans.

However, Peter showed Billy other key performance indicators (KPIs) that were more accurate in predicting a player’s contribution to winning games.

These two numbers proved to be far more effective at determining a player’s value to a team. Against everyone’s advice, Billy Beane hired players who were not the most popular, not in their prime, not the highest in batting average or home runs, and not the players who commanded attention or big salaries. He stayed within his budget by signing underrated players for bargain prices who had above-average on-base and slugging percentages.

In the years that followed Oakland’s success, many major league teams changed the way they valued players to a different set of key performance indicators, now referred to as Sabermetrics (from SABR – Society for American Baseball Research).

After the “Moneyball” revolution, Billy added a KPI for defensive efficiency (percentage of balls put into play by opponents that resulted in outs), and in 2010 his team allowed the fewest runs in the American League. Whatever you measure gets better!

Business measures are often expressed as a ratio, that is, a numerator divided by a denominator. In his book, “The Game of Work,” Charles Coonradt describes these measurements as the “Results to Resource Ratio (RRR)”—how much is being accomplished with the resources available. For example, these measurements may appear as:

Do you see how this works? It is a useful way of looking at things. By focusing on the most important results and the most expensive resources, you will find it easy to see which vital few business systems or processes have the most influence on “winning games.”

Coonradt teaches that managers are responsible to turn resources (at-bats) into results (total bases). The more efficiently they do this, the more successful they are as managers.

While you may find it valuable to measure the performance of any business system  (numbers are the language of improvement), there are only one or two critical numbers that drive the “economic engine” of your organization. If these numbers are good, everything else falls into place.

For example, most football fans judge game performance by the scoreboard. However, one of the coach’s KPIs may be the number of third-downs converted to first-downs. If the conversion rate is high, the team is moving the ball and probably scoring. A consistently high third-down conversion ratio correlates to a winning season.

Manage by the Numbers

Faithfully measure your core business processes and diligently work to improve their results. Establish measurements that let you know every day how you stand in relation to your goals.

Take a little time now to determine the one or two key performance indicators that drive the success of your organization? Focus attention on your most important results and your most expensive resources.

A thoughtful approach to determining your KPIs could produce the next game-changer for your company!