Good and Bad Business Systems – Which Describes You?

“My customers love me,” declared one proud entrepreneur. Upon further investigation, we discovered that they really did like him personally—he was charming and knowledgeable—but they hated his company’s slow response time, billing mistakes, and unfulfilled promises. This entrepreneur was living in a fantasy world that would eventually cost him his business! 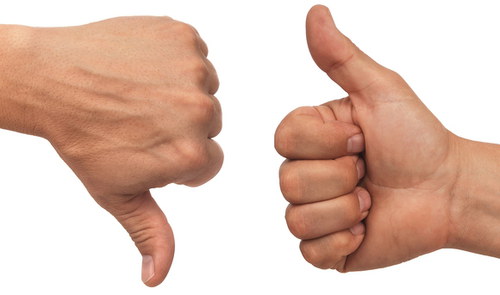 Several years ago, I hired a company called Heritage Web Solutions to build and host my website. They got off to a good start; however, as time went on, I became increasingly frustrated. The people were very nice to work with but their internal business systems and processes for getting work done were dreadful. I tried to offer some constructive suggestions but only got token expressions of appreciation in return.

Eventually, I could not take it anymore and asked to speak with a manager. She too was appreciative of my suggestions and said she would look into it. I had little confidence, and as expected, nothing changed.

Finally, I offered to make a personal visit to Heritage’s place of business to discuss my experience and share some ideas that could really help the work-flow in their company. Through the grapevine, I knew other customers were having similar problems. However, no one at Heritage seemed to be interested. After six months of aggravation, I had no choice but to discontinue the service.

Soon after leaving, I got a phone call from a customer service representative asking why I discontinued the service, and if there was anything they could do to keep my business. Duh!

Compare the Heritage experience with this one.

My wife and I dropped into our local Costa Vida Mexican fast-casual restaurant. I requested a burrito from the hurried man behind the counter. I was only paying half attention when I noticed him begin to put cheese on top. I shrieked, “No cheese!” He immediately tossed the burrito into the garbage can and began making a new one. I tried to tell him it was not necessary to throw it away, but I was too late. To a Systems Thinker, waste is a terrible thing. I felt bad. He assured me that it was OK.

A few weeks later, we visited Costa Vida again. While talking with my wife, the food preparer began adding cheese to the burrito. Again, I blurted out, “No cheese!” I startled him and several other patrons sitting nearby. However, before I knew it, he again threw the burrito into the garbage. I asked my wife, “Next time we come here, would you please help me pay attention so these folks won’t have to waste another meal?”

Well, the time came. I was cocked and ready to say “No cheese” at the critical moment. There would be no burrito thrown away today! I leaned over the counter as Juan put the meat and beans in the flour tortilla. Just as I was about to say, “No cheese,” Juan said, “Would you like everything on your burrito?” I quietly replied, “Everything but cheese, thank you.”

Under the old food-service system, Costa Vida threw away many meals a year (just with me). However, a little tweak to the system—”Would you like everything on your burrito?”—and the problem is solved. No more throwaways! This company learned and improved their food-preparation system. Well done, don’t you think?

The moral of these two stories: Listen to your customers and your employees. Then make the often small, instantaneous, no-cost changes to your business systems and processes.

The road to excellence comes by paying attention to the hum of systems and processes in your business operation and making small daily improvements. One improvement a day is over 250 improvements a year. You have many possibilities just waiting to be discovered. Go make one small improvement right now, and send me a note about what you did.