One in Ten Are Ready to Buy from You—Do You Know Who They Are?

It is a brutal fact of business life that most people don’t want to buy your product or service, at least not right now. However, don’t be discouraged. This knowledge could be used to improve the odds of your success. Let’s take a look.

Marketing guru Chet Holmes declared, “Twenty years of research has shown me that there is always a very small percentage of folks ‘buying now’—three percent.”

To an audience of twelve hundred executives, Chet asked, “How many are in the market to buy a car right now?” Roughly, thirty people raised their hands. “How about office equipment?” Thirty different hands went up. “Home improvements?” Again, about thirty hands. Approximately three percent of potential buyers at any given time are ready to buy. “That percentage drives all commerce.”

Chet’s research also showed that 7% of the population are open to the idea of buying because they are dissatisfied with their current item or provider and are not opposed to considering a change. Of the ninety-percent that are left, approximately one-third are not thinking about the product or service, though not opposed or against. Another third don’t think they would be interested. The last third know they are definitely not interested because they are happy with what they have or don’t need the product at all (see The Ultimate Sales Machine, 62-63).

These facts are interesting—but of little value—unless you incorporate this knowledge into a working business system. 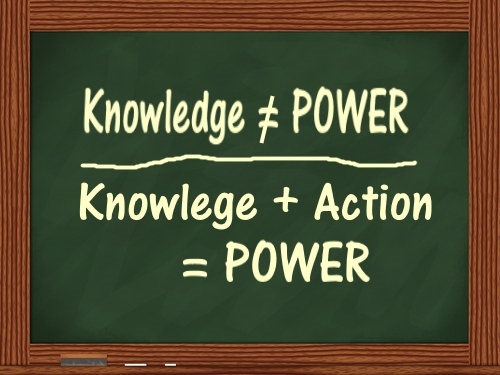 The Application of Knowledge

A few years ago, I created a lead-generation system for my accounting practice. I wanted to find those one-in-ten companies (3%+7%) that might be in the market for my services. First, I acquired a list of several thousand businesses in my community. I wrote a telemarketing script and had a person make phone calls for two hours Monday through Friday.

The telemarketer asked the business owner or a receptionist/secretary this question: “HAVE YOU THOUGHT ABOUT CHANGING ACCOUNTANTS? The caller sought a yes or no answer and noted the level of interest from strongest to weakest. We recorded their response as follows:

Based upon the response, we developed a follow-up script to pursue the 10% hot leads and quickly passed over the low-interest responses. However, we also knew that in our industry there is often a growing dissatisfaction with accountants (especially those that lack good business systems). A company that isn’t thinking about changing accountants today may be at a higher level of interest in six months or a year.

This gold-mining system paid off. About three percent of prospects were anxious to meet with us immediately, and an additional seven percent wanted to know more. By the way, don’t underestimate what the secretary thinks. Many have influence and will help you get an audience with the decision-maker.

The Secret Component of the System

Our question, “HAVE YOU THOUGHT ABOUT CHANGING ACCOUNTANTS,” worked because it is low-key, non-threatening, and gets to the point quickly.  You may want to try it in your business. For example:

This system worked for me. Some variation of it might work for you. By the way, “Have you thought about creating better business systems and processes?”