The Upside of a Business System Breakdown!

You can’t turn on the news without hearing the word “system” thrown around, mostly related to the breakdown of systems in business and government.

Vehicles are recalled due to faulty component parts. Oil and chemical spills damage the ecosystem. Terrorists get through airport security even when their name is on a no-fly list. Financial systems around the world are in crisis.

If left alone, systems are in a constant state of breaking down; they decline, decay, and deteriorate. It is Nature’s way.

Natural forest fires rid the land of dead trees and wood on the forest floor. The heat from fire immediately germinates buried seeds, and soon a new forest begins to fill the land. 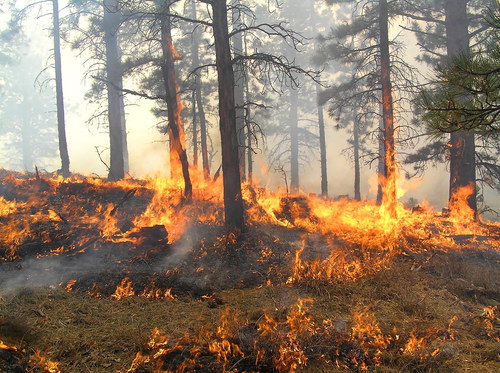 The cycle of life—birth to death—not only occurs in nature but there are similar patterns in business, including yours.

In the first few months of the 2008 U.S. financial crisis, sixty-eight banks failed and many small businesses closed their doors. As harsh as it sounds, this is a natural purging of the weakest elements of our economic system.

Companies with inferior products, policies, processes, or management cannot withstand the financial stresses. Companies with better business processes (or who get a bailout because they are “too big to fail”) are able to weather the storms.

In tough times, only the fittest survive, those companies that work daily on building strong and durable business systems and processes.

System Breakdowns Can Be Good

The upside of a system breakdown is that before the system fails completely, innovation can elevate it to a new and better way, a higher level of performance.

In the future, we expect to see vehicles of better quality, policies, technologies, and processes that prevent man-caused disasters, terrorists who are unable to breach security, and economic disasters that are averted. (This assumes that we learn from our mistakes—governments don’t always seem to.)

In your company, customer complaints, low employee morale, poor cash flow, and so forth can always be traced to the breakdown of established business systems.

A crisis, in fact, is a system change trying to take place. It is a scream for help. Reorganizing and reordering the system to a higher level is the only solution to prevent an eventual crash.

Caution: It is human nature when things are generally going well not to notice a breakdown that is occurring by small degrees.

Business systems and processes that are continuously monitored, measured, and improved break down much less often. When they do, the cause is usually beyond the business owner’s control.

Systems Thinkers have a distinct advantage. They understand how things work at the detail level. They see trouble in the early stages. They make timely course corrections. While they can’t prevent every problem, they can minimize harm and overcome setbacks more effectively and faster than most everyone else.

Do you have any broken business systems or processes that are causing you to lose customers and money? Fix them while in the early stages, and save yourself a lot of grief later on!