With Box Theory™ All-In-One Software You Can: 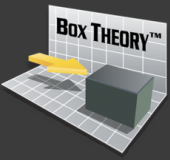 Design, create, organize, document, manage, store, & print everything pertaining to your business systems and processes—all in a fraction of the time! 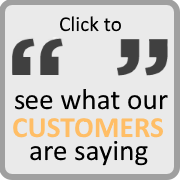 You may also be interested in some other topics:

Video: “All Wealth is Based Upon Systems” 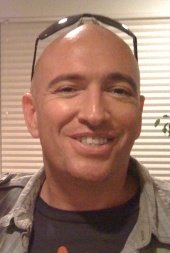 “”Experts in every field agree on the transformative power of systems”

The following examples illustrate how improved business systems can have a dramatic impact on your company profit, customer loyalty, and overall success. For a quick explanation of business systems, check out “So, What Exactly is a Business System?”

A large home décor retailer, looking for opportunities to improve his bottom line, decided to create a “Mystery Shopper” system to see how accurately his Cash Register Checkout system was ringing up sales. A mystery shopper’s basket load of merchandise was pre-calculated and then compared to the customer receipt after checkout. The business owner was shocked to discover a 1.5% error rate—cost $150,000 per year. By improving procedures at both the cash register and how products were price-labeled, we were able to minimize errors and recover lost sales.

A distribution company with $2,000,000 a year in revenues was marginally profitable. After looking carefully at their operation, we were able to help streamline the business and reduce the number of people it took to process and fulfill orders. An effective operations manager continued to refine the system and eventually reduced labor from approximately 12% to 7% of sales. The company saved over $100,000 in labor the following year.

A business owner with several hundred employees felt embarrassed and frustrated every payday when he heard about angry employees whose paychecks were wrong. Our data sampling for six pay periods (Pareto Analysis using Box Theory™ Gold software) revealed twelve factors that contributed to the payroll problems, including data entry errors, failure to update employee raises or benefits, incorrect payroll deductions, direct-deposit errors, and so forth. However, we also discovered that most payroll mistakes come from two of the twelve sources (Pareto 80-20 Rule)—information not getting to the payroll department on time and mistakes on the hourly timesheets. By quickly addressing just these two problems–modifying system procedures–employee complaints dropped to a minimum.

A young man began a computer company on a shoestring. First, he provided networking services and tech support. Then he ventured into retail sales. Finally, he moved into wholesale and retail sales of off-lease laptop computers and accessories. The ever-changing company continued to grow but struggled to make a profit. The business owner did not properly manage inventory, one of the most difficult systems for many small business owners. By creating an effective warehouse system for storing, labeling and counting parts, and an air-tight system for tracking the receipt and shipping of goods, the company was able get inventory under control and significantly increase profit.

An absentee owner of a business with nearly a million dollars in revenue had negative equity and was on the verge of going out of business. Upon investigation, we learned the company was not profitable for two primary reasons. First, they were not billing the State for all services performed. Each month they prepared an invoice with various service codes for each client in their care. Without a good system, they relied on memory and prior month billings to prepare the invoices. As a result, some service codes inadvertently dropped off over time. Among other things, we added to the system a reference sheet that showed the maximum potential billable codes for each client. Any monthly billings that fell short of the maximum were verified. We also improved their staff scheduling system to avoid excessive employee overtime. Since then, the business has substantially grown and prospered.

A business owner walked into one of his stores unexpectedly on a Saturday proceeding Christmas. He was shocked by the degraded appearance of the store. All the shopping carts were scattered in the parking lot, restrooms were dirty, and the front of the store was cluttered and chaotic. Having been exposed to Systems Thinking, the owner avoided confronting employees on the spot. However, on Monday morning he brought the staff together to create a checklist for solving the problem. Now, on busy days when normal custodial service isn’t enough, the store workers complete the 5-minute cleaning checklist every two hours. The store always looks tip-top.

A manufacturing company with yearly revenues of $3,000,000 thought they made a profit of $130,000 for the year. The “accountant” was a good business manager but not actually trained in accounting. The owners relied on the accounting information to make important management decisions. The company had a large inventory and accounts payable, but their accounting system did not properly handle the monthly cutoff of accounts payable and its relationship to the inventory count. After correcting the system procedure, we discovered that the company had $160,000 operating loss for the year–a negative profit swing of nearly $290,000. The company averted disaster, and with a tweak to the accounts payable system and the system for valuing inventory, the company got back on track.

Customers were told to expect about two weeks (80 hours) for installation of their home satellite system. Some orders were lost to competitors who had a shorter lead-time. We discovered excessive downtime between the system steps from customer order, to parts acquisition, to installation. By changing the procedures, parts suppliers, and the scheduling system, we were able to reduce the idle time by an average of 48 hours per job. Shorter lead-time for installations increased sales by 20%. Faster system cycles lowered cost and increased profitability by 38%.

This manufacturer worked in a very competitive market where every penny counted. After reading the “Game of Work” by Charles A. Coonradt, the production manager implemented an assembly system where team performance was measured and logged every two hours. Productivity was rewarded with daily incentives. Teams continually tried to better their best. The employees played the game (system) with enthusiasm, morale went up, and productivity soared. Everybody won!

To reduce the time, it takes to for hiring student interns, a savvy business owner created a step-by-step hiring system. One of the components of the system was the “Hiring Packet,” a red 9″x12″ envelope that contained all the forms (components) necessary for a candidate to go through the company’s hiring process. The packet included an employment application, a telephone interview form for the receptionist to screen applicants, a job description, two manager interview evaluation forms, W-4 and I-9 government forms, an employment agreement, and a 30-day evaluation form. The envelope also included information about the company and a copy of employee policies that were given to the candidate to read. The person’s resume and required references were added. The Hiring Packet traveled through the process and remained active until the 30-day evaluation was complete. Documents were then put in the employee’s permanent file. The Hiring Packet, a component of the hiring system, saved a great deal of management time, and helped insure that the best candidates were hired. 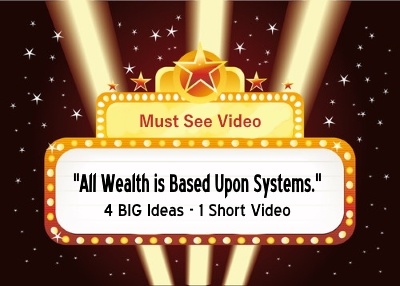